Novel courses, organisational changes and innovative strategies marked the year 2017 was an eventful year for education in the UAE, marked by curriculum changes and strategies, new courses and regulations, and greater focus on student wellbeing.
With school fees always on the minds of parents, it was announced as early as February that private schools could hike fees ranging from 2.4 per cent to 4.8 per cent for the 2017-18 academic year (which began in September), depending on their inspection rating.
Of the 159 schools inspected this academic year, 16 schools were rated ‘outstanding’, 14 ‘very good’, 69 ‘good’, 50 ‘acceptable’ and 10 ‘weak’. None was rated ‘very weak’.
As it turned out, at the start of the current school year, of the 159 schools that were eligible to increase fees, 22 decided to freeze fees.
By June, shortly before the summer break, the first batch of teachers obtained the UAE teacher’s licence. The 106 newly-licensed teachers represented 15 private schools in Dubai that had participated in the pilot project of the Teacher and Educational Leadership Standards (TELS) and licensing programme. Schools have till 2021 to ensure all teachers are licensed.
The National Qualifications Authority (NQA) has said TELS aims to meet targets of the UAE National Agenda, aligned to the UAE Vision 2021.
Teacher licensing will be overseen across the UAE by the NQA and Ministry of Education, in coordination with Abu Dhabi’s Department of Education and Knowledge (Adek), Dubai’s Knowledge and Human Development Authority (KHDA) and other relevant entities.
Moral education
At the start of the new school year, in September, schools started teaching moral education as a subject.
The subject is mandatory from grades one through nine this academic year. In the next academic year, schools will teach Moral Education in all grades.
Moral Education is a national initiative announced in 2016 by Shaikh Mohammad Bin Zayed Al Nahyan, Crown Prince of Abu Dhabi and Deputy Supreme Commander of the UAE Armed Forces.
The programme broke new ground in that it is not limited to textbooks, classrooms or exams. Schools are free to implement whatever steps they want to achieve the goals of the new subject, which will be monitored by authorities as part of overall student development evaluations, which are already included in official school inspections.
Unified model
The same month, the Abu Dhabi Education Council, then known as Adec, was made a government department according to a decree issued by President His Highness Shaikh Khalifa Bin Zayed Al Nahyan. It is now known as the Department of Education and Knowledge (Adek).
September also saw the unification of schooling into new common education system all where government schools and private schools that follow the government curriculum will adopt the ‘Emirati School Model’ to lift standards. The change was also part of the directives of the President and UAE leadership.
Wellbeing Census
Also for the first time, in November Dubai students began participating in a massive census about their welfare, the results of which will be used to improve their well-being. The Dubai Student Wellbeing Census 2017 will be held every year for five years, polling 70,000 students in grades six to nine.
The first edition of the census concludes by the end of this year.
Mainstreaming inclusiveness
Also in November, authorities announced the Dubai Inclusive Education Policy Framework, launched by the Inclusive Education Taskforce headed by the Knowledge and Human Development Authority (KHDA), with the mandate to transform all Dubai private education providers to be fully inclusive by 2020.
It came in line with the Dubai Disabilities Strategy and part of a larger citywide goal of making Dubai a disability-friendly city by 2020 through the ‘My community … a city for everyone’ initiative.
Towards the end of the year, in December, the Cabinet announced a National Higher Education Strategy 2030, which will see, among other developments, the Ministry of Education issuing a star rating to all licensed colleges and universities in the country. It will also aim to boost the number of PhD candidates, while slashing the rate of school drop-outs in the UAE. Another target is to closely align the degrees and skills of graduates with the demands of the job market.
What’s in store for 2018?
As early as January or February next year, the results of the first-ever Dubai Student Wellbeing Census will be out. Polling 70,000 students in grades six to nine, the census will reveal their concerns and aspirations at school, any bullying issues, how they spend time with family at home and engagement with friends and peers.
Dubai parents will also be waiting to hear the latest Education Cost Index, which, together with government inspection results, sets the rates of school fee increases. The ECI is usually announced in February for the next academic year.
In numbers
More than 139,500 students study in more than 70 licensed higher education institutions
There are over 12,800 graduate students in the UAE
840 students are pursuing their PhD in the UAE
Dubai will need an estimated 74,500 additional seats in 50 new private schools by 2020
On average, UAE parents spend around Dh365,000 on a child’s education from primary school to university
More than 1.1 million children attend public and private schools in country
Did you know?
There are around 17 different national curriculums taught in Dubai’s private schools, including Japanese and German
University students in Dubai can hold paid part-time jobs in thousands of companies in nine free zone clusters
UAE schools teach mandatory Moral Education lessons in class, focusing on ethics, respect, tolerance and culture 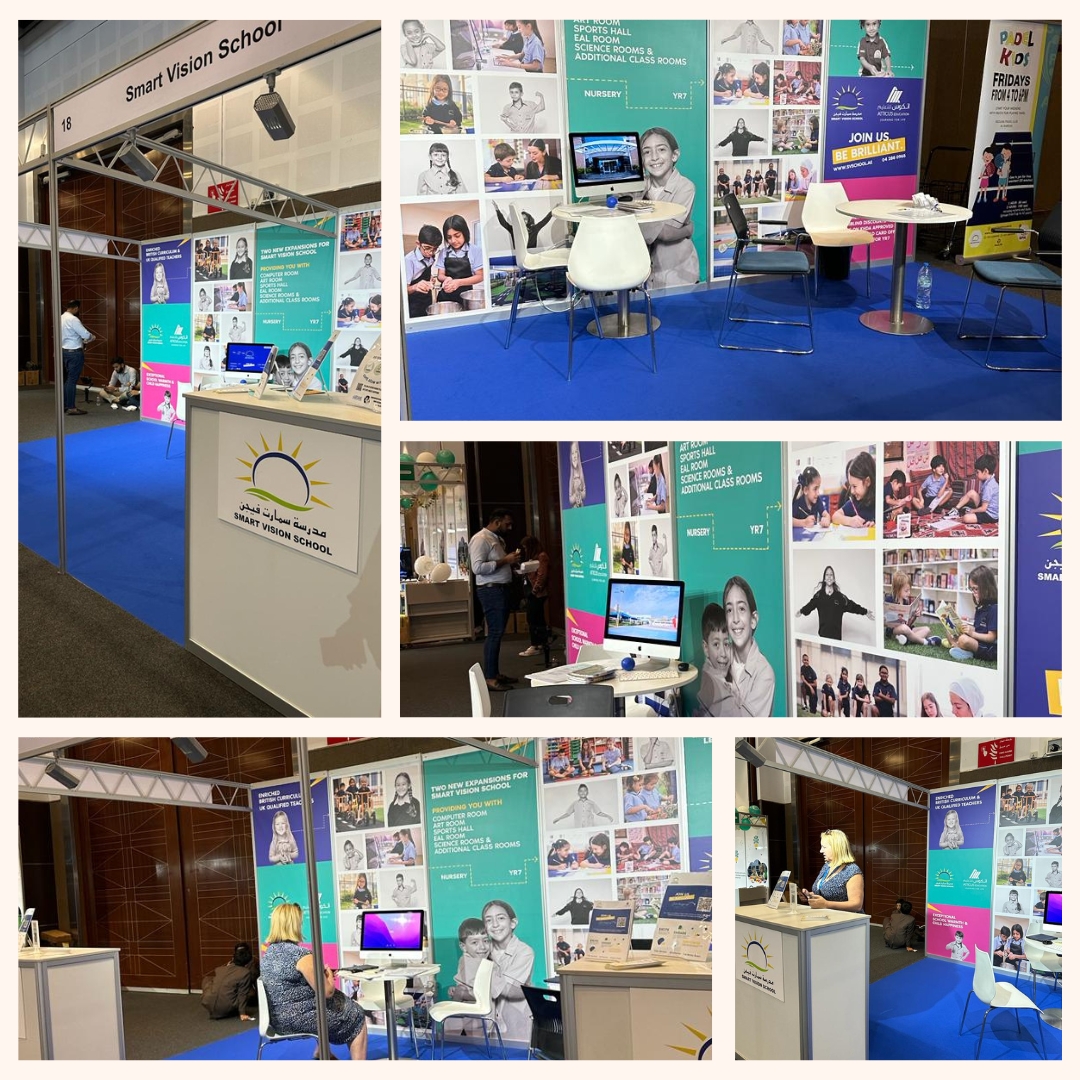 New Academy School has received a ‘Good’ rating from the KHDA.